My bravery is inherited from the chiefs who were my forebears.

Te Whāriki affirms the identities, languages, and cultures of all children, whānau, kaiako, and communities from a strong bicultural foundation. 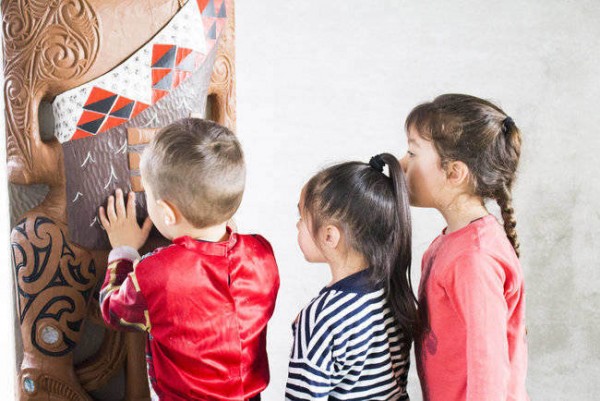 There are an increasing number of migrants in New Zealand, and, as in any country with a multicultural heritage, there is a diversity of beliefs about childrearing practices, kinship roles, obligations, codes of behaviour, and the kinds of knowledge that are valuable.

Use these questions in team discussions to guide you through the process of developing and maintaining a Tiriti-based, culturally responsive curriculum.

One of the most significant implications for pedagogical leadership is the “how to” of weaving a Tiriti-based curriculum whāriki that provides the foundation in which to affirm and strengthen the identities, languages, and cultures of all of the children, whānau, kaiako, and communities of the ECE setting.

A Tiriti-based curriculum that truly reflects the cultural context of Aotearoa New Zealand is one where te reo Māori, tikanga Māori, and an understanding of Māori perspectives is clearly visible. Leaders need to support kaiako to draw on and use a range of knowledge, strategies, and practices, including:

This may require accessing professional learning and development opportunities.

A thoughtful leader will facilitate the development of an overarching strategy to increase the use of te reo Māori and guide other adults to envision a whāriki for their setting where a Tiriti-based curriculum is implemented.

The increasing complexities and diversity of families in Aotearoa requires consideration and reflection by leaders to ensure all whānau identities, languages, and cultures are visible and supported. Kaiako can engage with communities, including participation in cultural events, strengthening relationships, knowledge, and understanding. Engaging in research and inquiry will also help kaiako gain a better understanding of the children, families, and communities of their setting, and their backgrounds. Leaders should ensure that curriculum experiences and resources are sensitive and responsive to the different cultures and heritages among the families of the children attending that service.

The provision of respectful, responsive practices may include initiating celebrations, sharing food, and projects that focus on the values and stories of their communities. Using community languages in the ECE setting acknowledges Te Whāriki as "a place for all to stand".

Promoting and protecting the mana of children is critical to their learning and development. The ways in which whakamana is understood and reflected is embedded within cultural perspectives and the ways these perspectives are expressed. By respectfully acknowledging and being responsive to the identities, languages, and cultures of the children who attend their services, kaiako create an environment where children develop self-esteem and confidence about who they are and their place in the world.

The identities, languages, and cultures of whānau and communities influence child-rearing patterns, beliefs and traditions, and the ways different knowledge, skills, and attitudes are valued. Children’s learning and development is enhanced when there are connections across the settings in their lives, including their homes. Fostering culturally and linguistically appropriate ways of communicating with whānau, parents, extended family, and community is an important feature of this connectivity.

Identities, languages, and cultures are important aspects of children’s lives and their relationships with their worlds and others. Cultural understandings influence perceptions of the cognitive, social, cultural, physical, emotional, and spiritual dimensions of human development. The ways in which these dimensions of children’s lives are interwoven is therefore shaped by the identities, languages, and cultures of children, whānau, and kaiako.

The development of culturally and linguistically appropriate ways of communicating with parents, whānau, and community supports the development of meaningful, trusting relationships. These relationships may acknowledge the past, present, and future, the importance of place and land, and engagement with people, places, events, and taonga. It also requires understandings of, and respect for, whānau aspirations for their children.