“Whenever we tell a story, we open ourselves to others, we communicate and share something about ourselves, and invite a response, either spoken or unspoken from our listeners. Stories always give rise to other stories.” 2 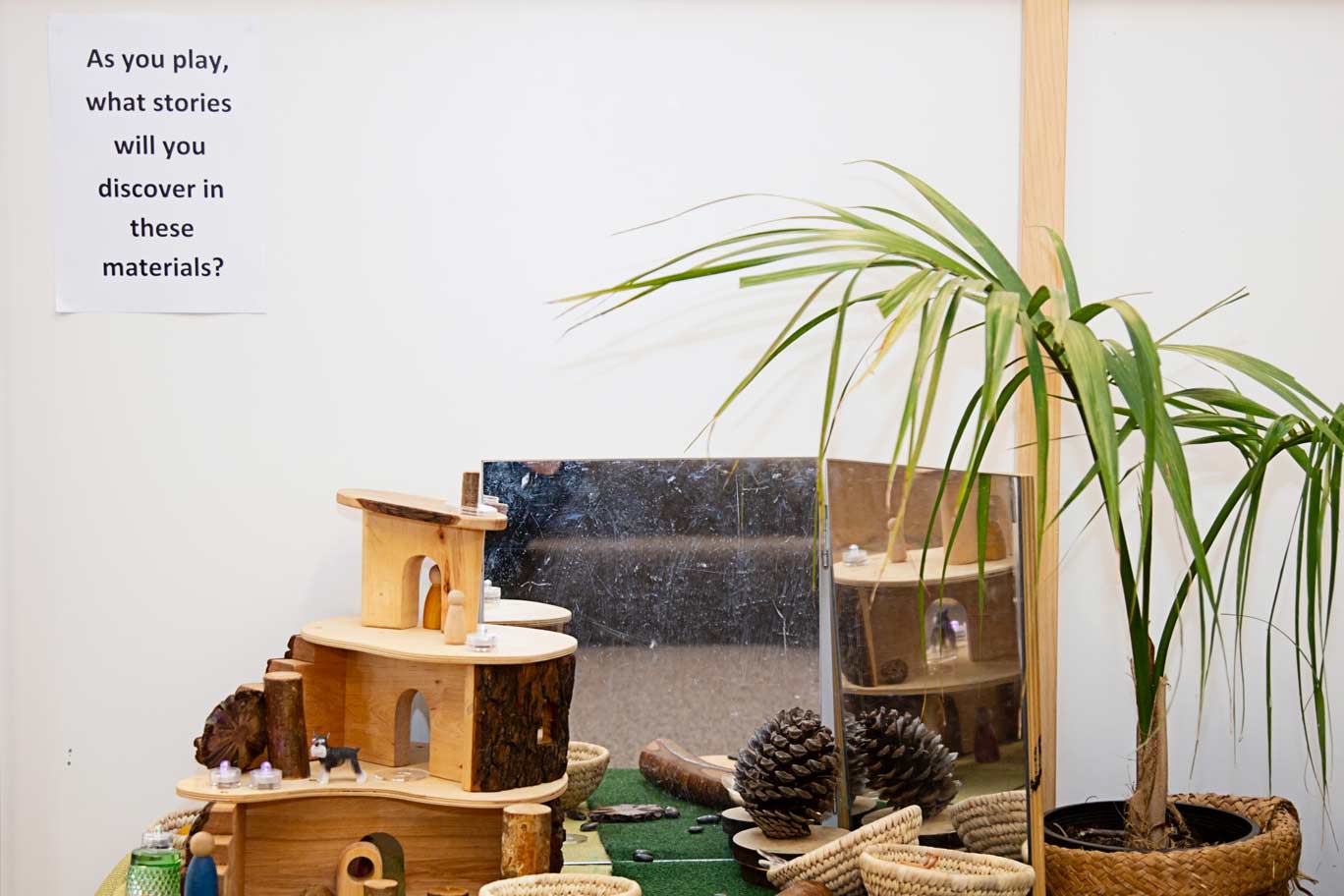 Storytelling is a way for tamariki to learn local history and whakapapa. Knowing local stories introduces meaningful vocabulary such as place names. It also contributes a sense of identity and relationship to people and land.

Get to know stories about the local history and people, including pakiwaitara/stories and pūrākau/ancient stories. Make these a regular feature of your curriculum.

Listen to a kaiako from Kidsfirst Kindergartens Lyttelton tell a local story about Tamatea Pōkai Whenua and their maunga. Tamariki use different props, objects, and drama to tell the story.

Find out more about this pakiwaitara on the Tuia mātauranga and local histories page.

It’s often easier for tamariki to tell stories with the help of props. 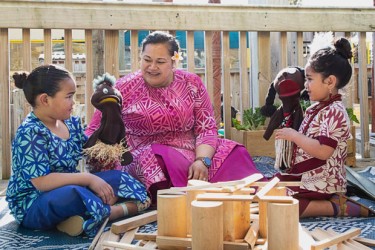 As tamariki get older, encourage ways in which the spoken story can be recorded through drawing and writing and on digital devices. This helps tamariki see the connection between the spoken word and the recorded word.

For accomplished storytellers, introduce strategies like storyboarding so tamariki can experience planning and sequencing of their stories. Stepping stones in oral language provides further information on children’s growing storytelling capabilities. 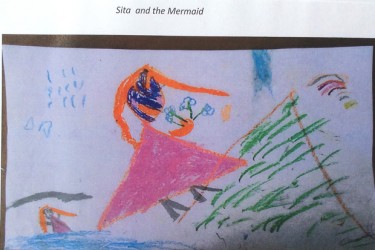 At an inner-city early learning service kaiako introduced traditional stories to foster a love of storytelling and to connect tamariki to their cultural heritage and that of others at the centre.

These stories are often introduced to coincide with particular cultural celebrations, for example, introducing Ramayana (an epic from ancient India) during Diwali (the Hindu festival of lights). Kaiako made a point of reading or telling these stories daily for one or two weeks using different means – books, pictures, puppets, drama, and iPads. This helps the tamariki become very familiar with the characters and importantly the concepts or values portrayed.