2019 marked 250 years since the first onshore meetings between Māori and non-Māori. Tuia – Encounters 250 (Tuia 250) were the national commemorations that recognised this milestone in our history. The themes have value beyond the commemorations.

Children and young people were a key focus of Tuia 250. The national Tuia Mātauranga education programme invited kaiako and learners to develop their knowledge of their whakapapa and identity by exploring local history, including the stories of who they are and where they came from.

The video below describes how children from Kidsfirst Kindergartens Lyttelton learn about the great Māori navigator Tamatea Pōkai Whenua.

See more about the story of Tamatea Pōkai Whenua in the Examples of designing local curriculum using Tuia Mātauranga below.

Download the four guides that weave together Te Whāriki strands, goals, learning outcomes, and this kaupapa.

The four PDF guides include inquiry questions for the four Tuia 250 topics and ideas on how these could be explored in your service. 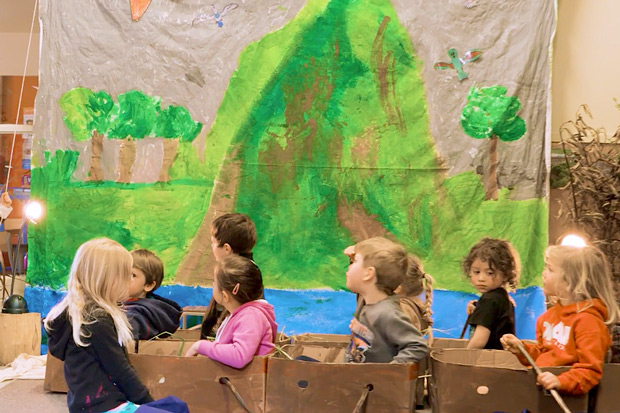 The passage below greets visitors at the entrance to Te Kōngahu Museum of Waitangi. It speaks of journeys to Aotearoa, meetings, and the beginnings of conversations that continue today.

Tuia 250 was an opportunity to hold honest conversations about the past, the present, and how we navigate our shared future together. Beyond Tuia 250 we can continue to speak openly and respectfully about our history, its impact on our people, and the environment. We can reflect on the challenges we face as a nation committed to bicultural practices: how we can enable our diverse cultures to flourish in a shared future that we will be proud to leave for generations to come.

Tuia Mātauranga aimed to inspire kaiako, children, and whānau to explore their own stories of who they are and where they come from – to develop their knowledge of whakapapa and identity.

At Kidsfirst Kindergartens Lyttelton the children learn about the great Māori navigator Tamatea Pōkai Whenua. He explored Aotearoa from the far north to the deep south in the 1300s. Tamatea was responsible for naming Whakaraupō (Lyttelton Harbour). The cone-shaped hill that rises in the landscape behind Rāpaki also bears his name – Te Poho o Tamatea.

There is a well-known local pakiwaitara about Tamatea, which generations have told to explain unusual landforms and special features of the district.

Over time, kaiako interest in this local history has led to respectful relationships with people in the community, and the sharing of this pakiwaitara in book form. Kaiako immediately saw the interest this pakiwaitara sparked in children. It is now a significant part of the curriculum, told and retold in many different ways, as illustrated in the presentation below.

Kaiako believe that history comes to life for children when it is connected to the landmarks and places children know. They hear that children talk about Tamatea Pōkai Whenua when they are out and about with their families. The children’s knowledge helps build their sense of identity and place.

Kaiako refer to Tamatea in other ways too. Dispositions associated with Tamatea’s character – pakari, māia, mātua, and kaiarataki – are part of the everyday language in the kindergarten. These dispositions incorporate courage, determination, and leadership. As one kaiako explains, “I feel they (the children) know him so well; they almost feel connected to him.”

The kaiako at Te Waenganui Childcare Centre in the Bay of Islands were looking for ways to deepen children’s learning. In Tuia Mātauranga they found a resource that supports them to do this.

Kaiako first learnt of Tuia Mātauranga when they accepted a meeting invitation sent to local schools and early learning services. During the meeting, kaiako were given a sheet of inquiry-based learning questions to inspire conversations and learning on the four Tuia 250 topics:

Sensing that many of the questions could help them achieve the goals and learning outcomes in Te Whāriki, kaiako applied them as provocations in local curriculum planning.

Questions such as, “Why do we make agreements?” took kaiako in directions they wouldn’t have otherwise gone and encouraged them to draw on resources unique to their location. The result was more engaged learning for children and more opportunities to involve the local community.

For example, the centre’s proximity to the Waitangi treaty grounds meant the children were already familiar with Ngātokimatawhaorua, the waka housed there. However, the inquiry question “What would early voyagers need to think about for the voyage to Aotearoa/New Zealand?” led them into investigating how food was caught, kept, and carried by the first Māori navigators. 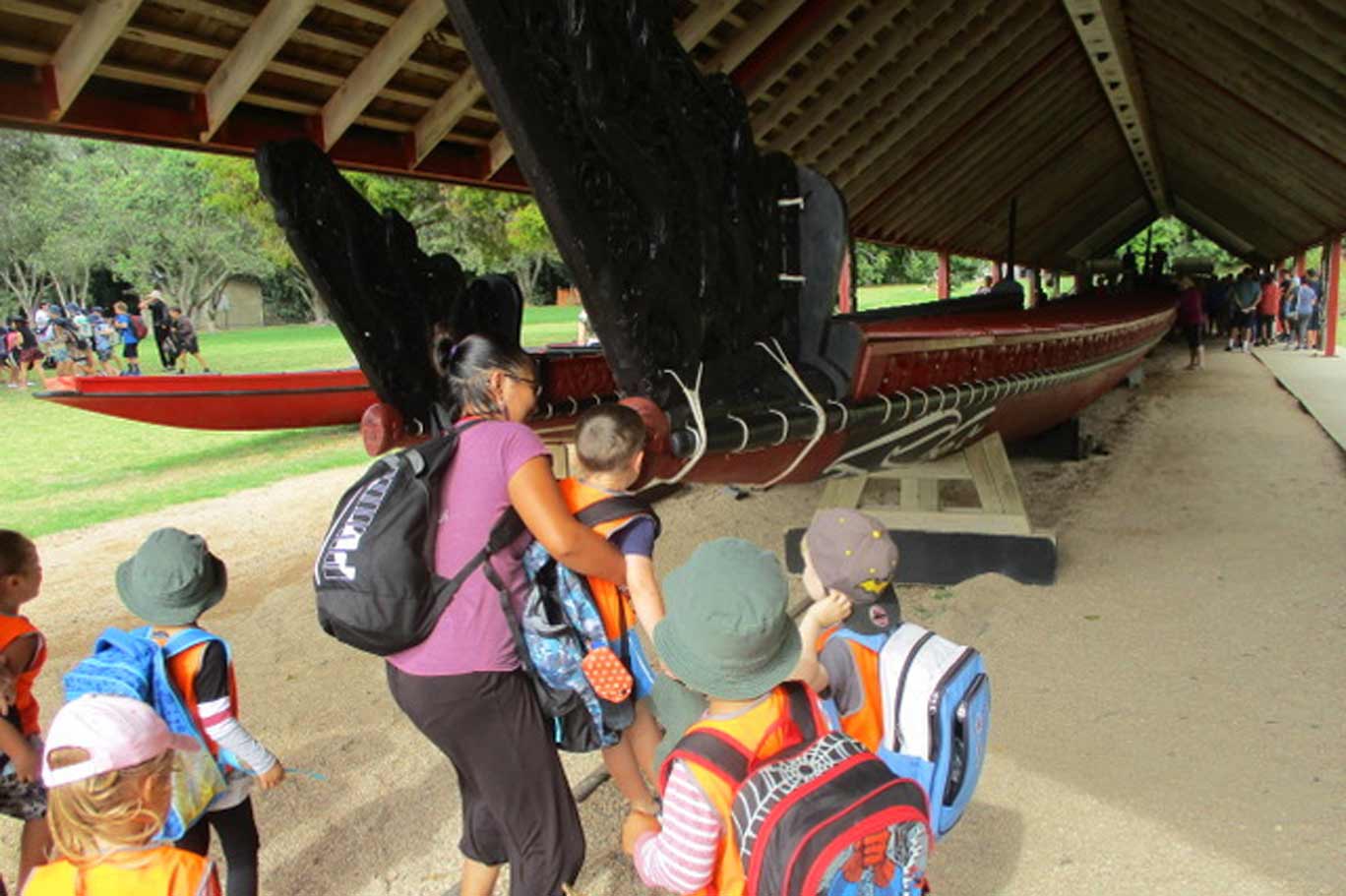 Image: A child engages in hongi with Ngātokimatawhaorua at the Waitangi treaty grounds.

Te Waenganui Childcare Centre serves a seaside and boating community. Kaiako were inspired by the topics and themes in Tuia Mātauranga. Their local curriculum planning enabled them to work more deeply with the interests and lived experiences of the children and whānau.

Tuia Mātauranga in your context

Using Tuia Mātauranga ideas and resources is an opportunity for similar conversations and practice to emerge in your early learning service.

Tuia Mātauranga has strong connections with each of the principles and strands of Te Whāriki.

Drawing on Tuia Mātauranga will also support you in enacting the responsibilities of kaiako outlined in Te Whāriki. For example, an in-depth curriculum investigation of any of the themes is an opportunity for kaiako to:

Learning maps for the Tuia 250 topics from early learning through to year 10 are available on Social Sciences Online: